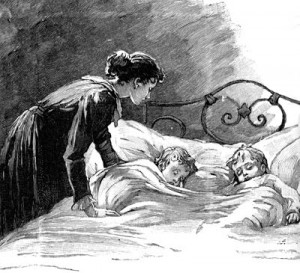 An Informative Event on the Current Greek Financial Crisis

A Note by Evangelos A. Calamitsis

On Friday evening, June 3, 2011 the Hellenic Society Prometheas organized a panel discussion on the Greek economy at the Founders Hall of the Greek Orthodox Church of Saint George in Bethesda, Maryland. This event, entitled "The Greek Economy after One Year of Reform: Progress and Challenges," featured Poul Thomsen (IMF Mission Chief for Greece) as main speaker and Ninetta Kyriakopoulos and Thanos Catsambas as discussants, with Evangelos Calamitsis as moderator. The discussion turned out to be highly informative and successful, attracting considerable interest among the Greek-American community of the Greater Washington Area, with some 150 members and friends of Prometheas in attendance, including university students and media representatives.

After some welcoming remarks by Lefteris Karmiris (President of Prometheas) and the introductions of the panel members, Thomsen (the main speaker) recalled briefly that, almost a year ago, the Greek economy was on the verge of total collapse. Hence the Greek authorities rightly adopted an ambitious medium-term adjustment and reform program designed to address the country's serious dual problem of a very large public sector deficit and debt and a substantial loss of external competitiveness. The measures undertaken were unavoidably painful, after so many years of delay, but they were urgently needed and in the right direction.

Thomsen emphasized that, contrary to prevailing views, he firmly believed that in its first year of implementation the Greek program had made significant progress toward its goals, particularly in the areas of fiscal consolidation and pension reform. But he recognized that there are also continuing problems and concerns in a number of areas. Therefore, he expressed the view that reinvigoration of fiscal and broader structural reforms is necessary to further reduce the fiscal deficit and achieve the critical mass of reforms required to improve the business environment and revive the economy and employment. It was against this background that the most recent discussions had been held by the Greek authorities with representatives of the European Commission, the European Central Bank and the IMF (the so-called "troika") on the agenda of further reforms for 2011 and the medium term, including a vigorous privatization program. Thomsen noted that market sentiment toward Greece had deteriorated partly due to mixed messages from Europe, with interest rate spreads widening markedly, and thus the country could not re-access international capital markets, as envisaged, in 2012; but he did not delve into the financing modalities of the program going forward. Finally, he made it clear that the adjustments to the authorities' policy memorandum (the well-known "mnimonio" in Greek) should not be seen as a sign of failure, since this is a living and dynamic organizational structure, involving the need to continuously adapt the program in the light of developments and prospects.

The discussants, Kyriakopoulos and Catsambas, made a number of insightful comments on the Greek economy and the program. Kyriakopoulos recognized that many of the ongoing reforms were long overdue. However, she questioned whether the program is indeed proceeding as well as was noted by the main speaker; wondered whether Greece has the capacity to implement the program within the announced time frame; and emphasized the adverse popular views on the program, as reflected in the latest Greek media polls. Lastly, she doubted that Greece's default could be avoided, without greater European solidarity. Catsambas also raised some issues about the extent of the success of the fiscal program, at a time when government payment arrears appeared to be growing; the inevitable link between improving competitiveness, through an internal devaluation, and reducing economic well-being; and the political cost versus the actual technical capacity of the authorities to carry out the reform program.

Some interesting and lively exchanges followed among the panel members, with Thomsen reiterating that, despite the evident problems, Greece is moving forward and exports are recovering. And above all, no viable alternative to the current policy path seemed to be proposed. He also stressed that, without European and IMF support, which was very large and unprecedented, Greece's situation would be dire.

In the questions-and-answers session, which lasted for almost one hour, the panel had the opportunity to return to and elaborate on several key issues. As regards the notion of abandoning the euro, there was a consensus that such a step would be disastrous for Greece; but the answers to questions regarding possible debt re-arrangements were nuanced. The questions raised and answers provided dealt mainly with concerns about the persistence of tax evasion and corruption, perceptions regarding the progress made under the program thus far, and the urgent need to revive the economy and jobs.

In his closing personal remarks, moderator Calamitsis said that the Greek economy is now at a very difficult crossroads, requiring more resolute, deeper and accelerated reforms to achieve the program's objectives and restore policy credibility. He welcomed the basic understandings apparently reached in principle on Greece's economic policy framework for 2011 and the medium term, adding that decisive policy implementation will be the key. At the same time, he expressed the view that the supportive role of Greece's euro area partners will be critically important, and will have to be buttressed with greater clarity, cohesion and solidarity.

It is to be noted that this event of Prometheas, followed by a pleasant reception, was widely covered the next day in the Greek media, including Kathimerini, ERT, MEGA, ANTENNA, and SKAI.

The work of the Task-Force that is engaged in the development of Standards for teaching Modern Greek is on course as it is continuing rigorously through the summer. The members of the TF, all of them volunteers, are collaborating by contributing assigned parts of the aimed-for document, which is being developed collectively. A teleconference to assess progress and to coordinate the integration of contributed sections is planned for July 2011. On the other hand, in preparation for production of the final draft, the formation of a Board of Reviewers is being finalized. The Board will consist of scholars, who will see to it that the "Greek Standards" document is ready for public presentation by finely "tuning" it. We extend warmest regards and our gratitude to the members of the Task-Force and the Board of Reviewers for their commitment to work diligently for completion of their tasks through the summer, a period usually reserved by most people for vacation and carefree relaxation.

Election of a New Board of Directors

By the time these lines reach our readers, the members of the Hellenic Link, Inc. will be exercising their right to elect the Board of Directors of our Association. In addition, they will be voting on two Proposals: for increasing the number of Directors to 17 and for approving the rates of membership dues, previously adjusted by the Board. The election is being conducted with the organizational care of the Election Committee, which includes: Katina Efthymiatou-Stabile, Ph.D., Helga Gajdjis, MBA and Anna Kanes, O.D. The Committee has canvassed candidate nominations from the membership and in the process has put together a ballot of professionals with diverse interests and expertise. The proposed candidates combine a warm commitment to serve Hellenism through the implementation of our Association's Objectives with a relevant background and experience to pursue it:

12. Kostas Makris, Electrical Engineer, Research Scientist at NYU, early developer of the Internet and of first parallel computer, bank telecommunications manager, research engineer at Grumman Co.; served in the Board of Hellenic Link for years

15. Dimitri Staikos, Ph.D. in Chemistry, professionally engaged for years in industrial research; as Board Member and President, was key organizer of the Krikos, Inc. and Hellenic Link, Inc. scientific and cultural Associations; active in many Greek community affairs: cultural, ethnic, church, civic.

*Member of the Advisory Council on Hellenic Education of the Hellenic Link, Inc.

The Bulletin wishes to all cadidates success in the election process and, subsequently, a very creative tenure in the Direction of the cultural, scientific, and educational activities of the Hellenic Link, Inc.

In cooperation with the Institute for Language and Speech Processing (ILSP)/

"Athena" Research Center, the Hellenic Link, Inc. is offering as a service to the community a series of Greek language lessons on its Web site: http://www.helleniclink.org ( on a 24/7 schedule)

On the home page of the site, upper left corner, click on "Learning Greek"

to be introduced to a series of fifteen lessons of the filoglossia+ courseware.

Please inform anyone who would be interested in learning Greek of this service.

Professionals and students in every discipline or field of endeavor, whether of Greek Descent or Philhellenes, are cordially invited to join the membership of the Hellenic Link, Inc. It is quite easy and useful! Just contact us at any of the indicated addresses.

OF HELLENES AND PHILHELLENES